Every year prominent figures, whose identities are kept secret despite much external pressure, are invited as Guests of Honour to Forum HOTel & Spa.—a unique privilege that the audience shares with great delight and admiration. Who are these remarkable people? What did they speak to us about last year?

Forum HOTel & Spa wishes to highlight these distinguished guests who, in fact, marked the opening of the conference in past years with their charismatic stories. 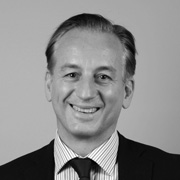 DEPREZ GUIGNOT & Associates, a leading law firm in Paris and renowned institution in the luxury industry, advises and assists clients in many sectors, ranging from communications to competitiveness, even public litigation. It is our great pleasure to welcome back Maitre Vincent Fauchoux from this well-known establishment, for he was our Guest of Honour in June 2012.

“I was very impressed by the high level of professionalism shown at the event along with its participants. And I am very pleased to participate again.” His fascinating presentation on intellectual property rights simply captivated the audience. So after last year’s triumph, Maitre Vincent Fauchoux is back again as guest speaker! 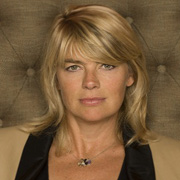 To Sybille de Margerie, interior designer, luxury is second nature. Her taste for aesthetics developed ever since an early age, probably thanks to her family, the Taittinger, where “Hospitality is all about experimenting life” In 2011, she showed early signs of expertise while supervising a very impressive project: the opening of the Mandarin Oriental in Paris. Through a fresh, new design inspired by Art Déco, Sybille de Margerie not only has given a “French touch” to the Hong Kong Hotel Group’s Paris location but also “imbibed it with the essence of Parisian lifestyle”.

“I intervened to define a concept, a visual identity, by creating a style and atmosphere unique to this Parisian hotel, all the while remaining in sync with the brand identity of the Mandarin Oriental Group. For the sake of harmony with the building’s architectural style, I opted for a contemporary version of Art Déco, avoiding all clichés. At the same time, it was my wish to give this Hotel an utterly different feature by turning it into an “haute-couture” kind of palace, thanks to the contributions of the most renowned names in fashion and design—from Ali Madhavi to the Lesage workshops.” 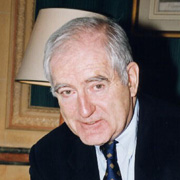 Our Guest of Honour in June 2010 was a big surprise for the audience: Robert-Marc Salmon, the former Vice President of the l’Oréal Group, currently an international consultant and publically acclaimed speaker!

With his nine published books and a remarkable career, our keynote speaker fascinated the audience with his speech on the correlation between desire, pleasure, and smiling: “the three pillars of tomorrow”, as he predicted!  Was he right?

“We must be committed to kindling desire, procuring pleasure, and instilling smiles.” 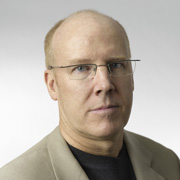 A multiple laureate in the field of architecture, Robert Henry studied the art and designing of Spas for 15 years. Having succeeded in building some 300 Spas around the world, Robert Henry now puts into practise what he likes to call “the architecture of the senses”. His most notable projects include the Spa at the Wynn Resort in Las Vegas, the Spa Mar-A-Lago in Palm Beach, and the Potion Lounge in New York. For this architect, there is no doubt that “the journey must be a memorable one for everyone”.

To our greatest delight, in 2009, Robert Henry accepted to travel to Paris from the United States in order to share his vast knowledge and passion on this subject.

Thank you for your generosity, Mr. Henry!